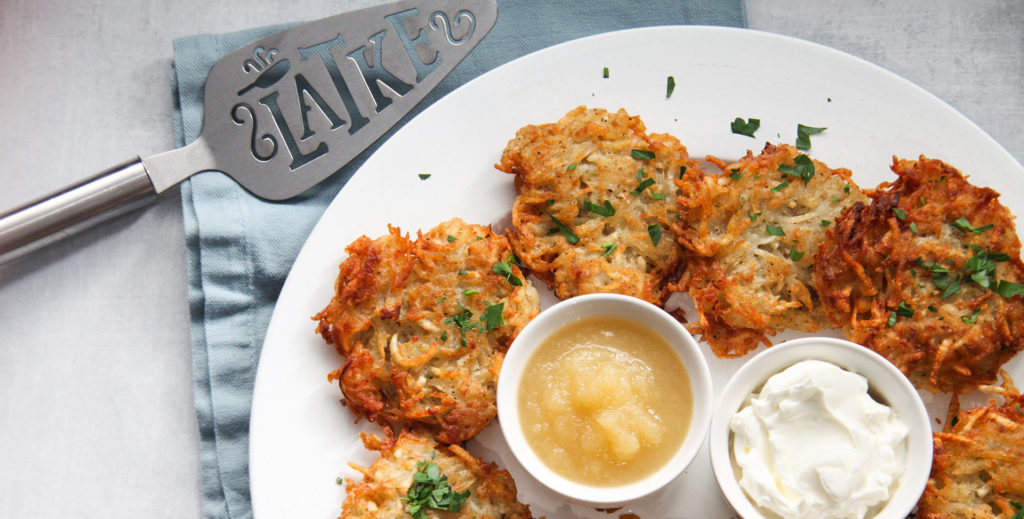 Latkes (Potato Pancakes)
1 Votes
Rate This Recipe
×
Yield: 1 dozen (4-inch) latkes
Latkes are delicious potato pancakes (crispy on the outside and soft on the inside) served during the Hanukkah season. They are traditionally topped with sour cream and applesauce.
Ingredients

KITCHEN TIP:
*Schmaltz is rendered chicken fat, which adds an extra layer of flavor but is not necessary to have delicious latkes. You can use an equal amount of vegetable oil, duck fat or ghee as a substitute for Schmaltz. If you do make schmaltz you’ll also be able to enjoy gribenes – crispy chicken or goose skin crackling and fried onions – which makes it worth the time and effort. 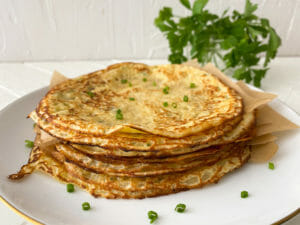 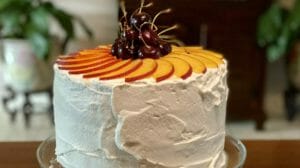 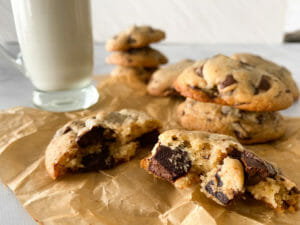