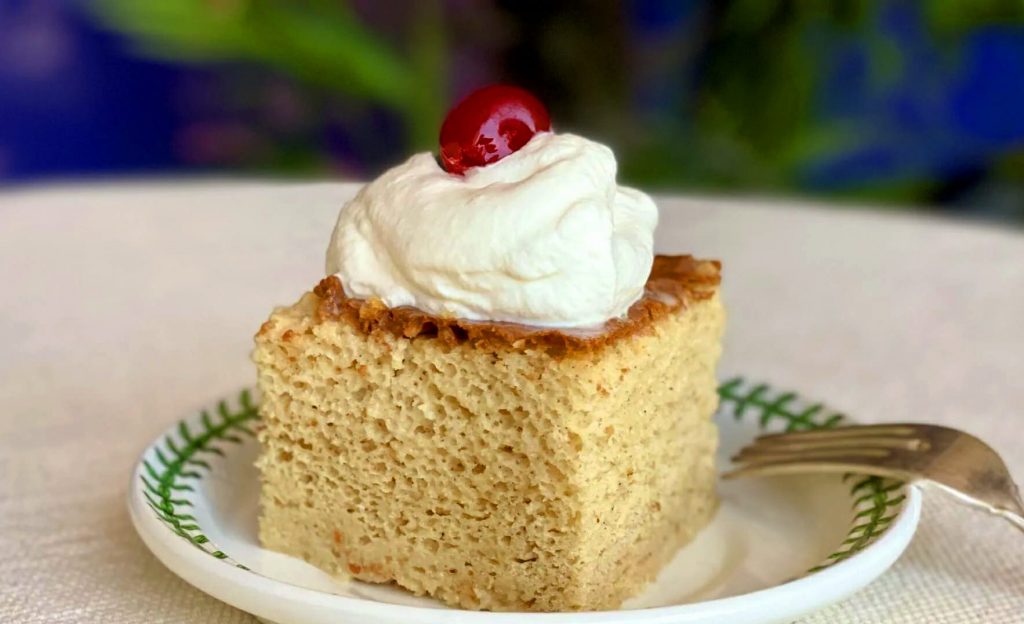 Cinco Leches Cake
Not Yet Rated
0 Votes
Rate This Recipe
×
Prep: 20 min
Bake: 60 min
Yield: 1 Cake
An oh-so-moist cake that’s traditionally made with tres leches (3 milks), is boosted to cinco leches (5 milks), because why not? Perfect to serve for Cinco de Mayo, but really, this is an anytime cake because it’s so easy to make. Be sure to let it chill in the refrigerator overnight. The fourth milk is almond milk, which can always be substituted with regular whole milk, and the fifth milk is heavy cream – whipped, sweetened and served in a dollop on top.
Ingredients
Directions
More Recipes
Reviews